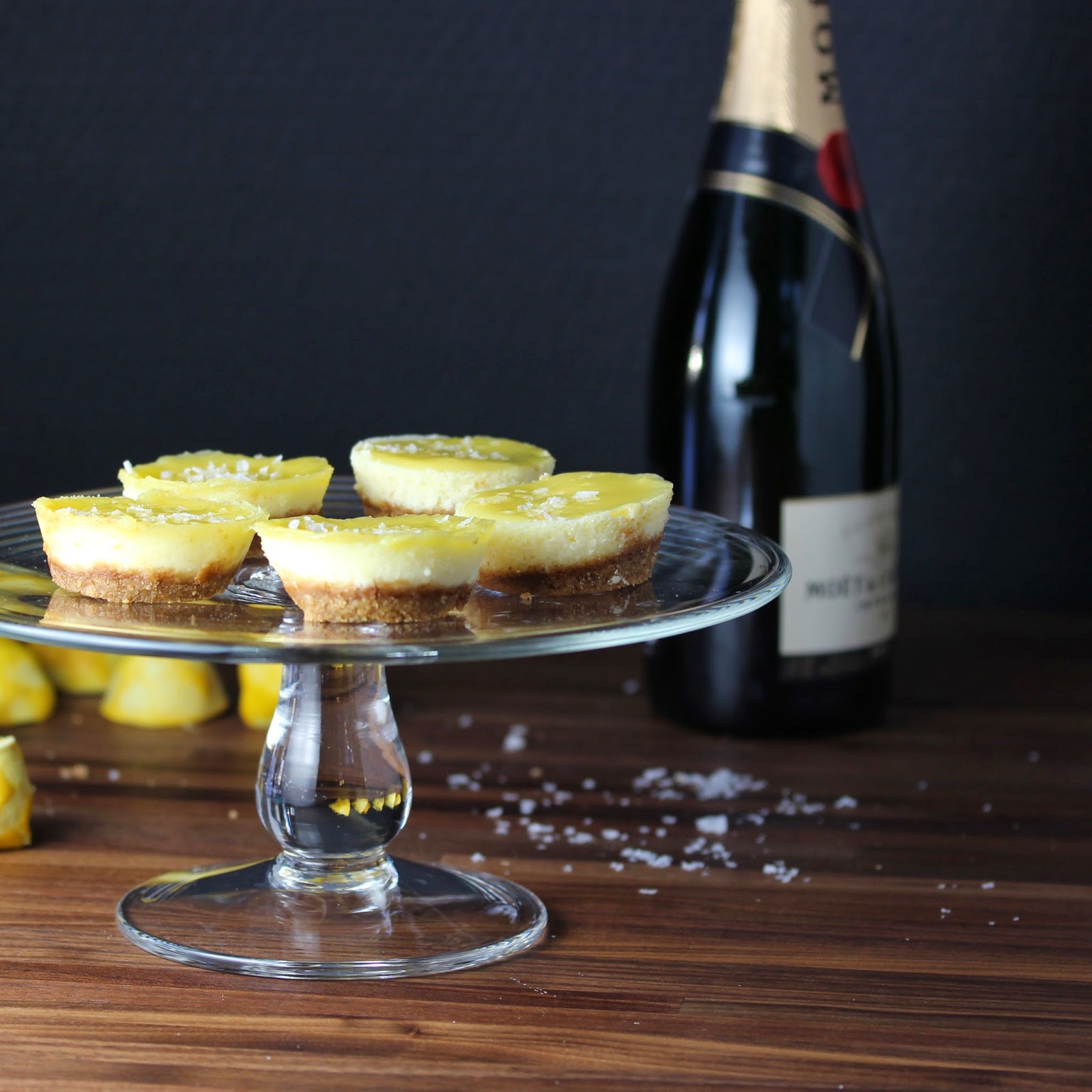 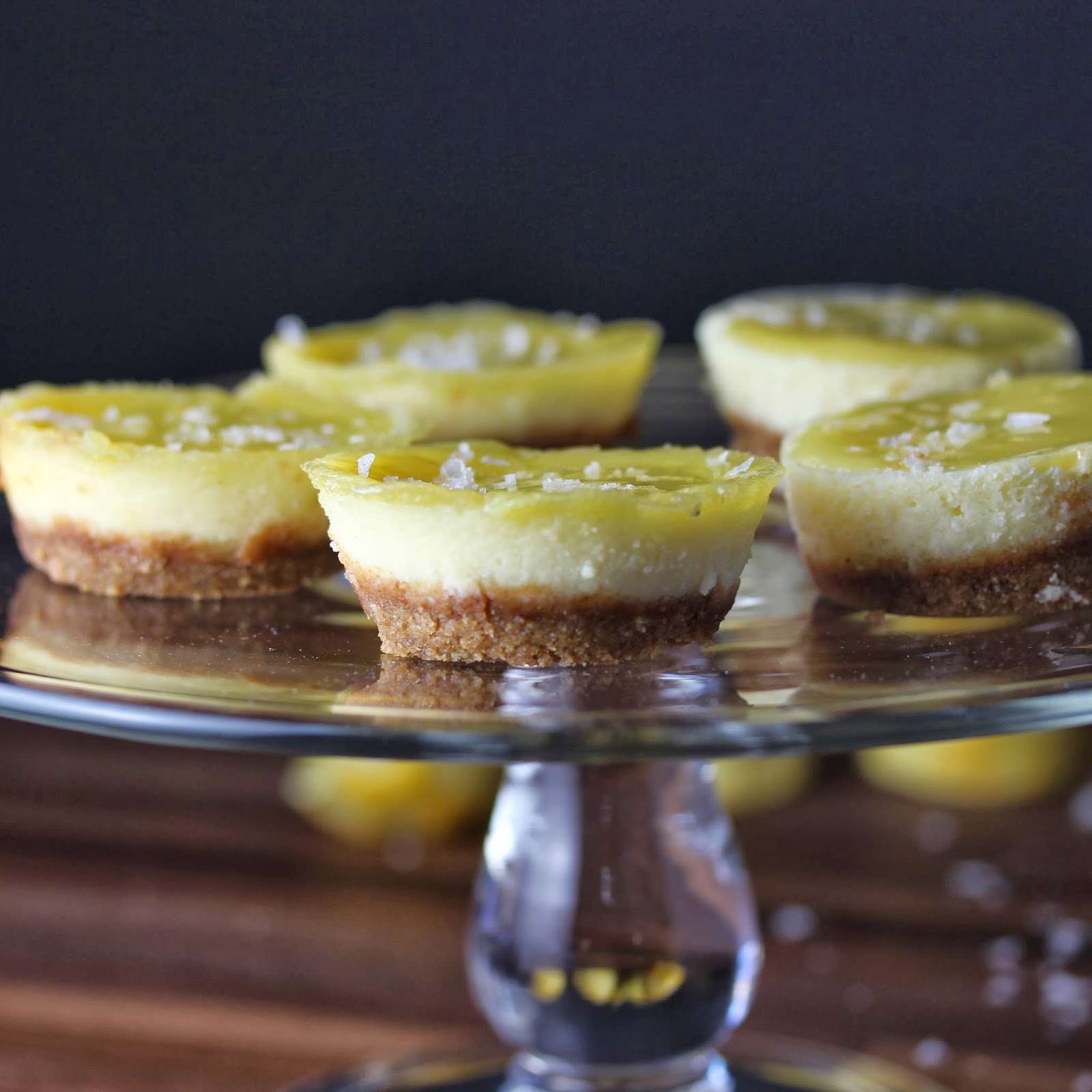 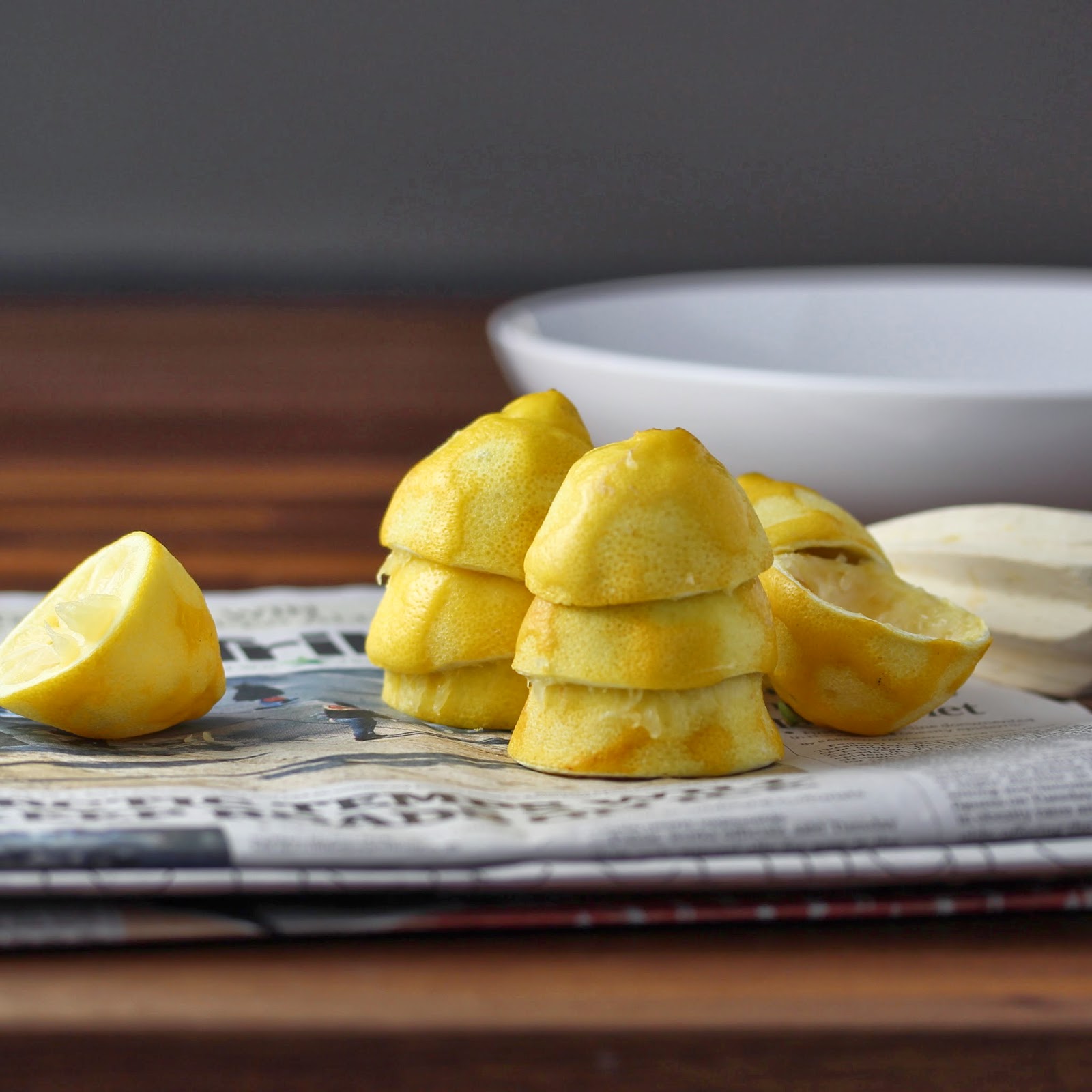 The Oscar's are my Superbowl Sunday.

When the kids were younger, my husband and I had an unspoken agreement - I would be primary so he could watch the big game in January and he would return the favor a month later for the Academy Awards. And for the past 10 years we've had a small group of friends over to watch the awards with us. We love every minute - the competition, the spectacle, the clothes!, the back stories, the honoring of actors who have achieved a milestone or died during the past year (I'm sure this year there will be a segment devoted to Philip Seymour Hoffman.  Aren't we all so sad to see him go too soon? Didn't you love how quiet and human his acting was  - always with a little smirk directed only at himself and never a judgement of others? Tough one.)

This year I'm making these individual lemon cheesecakes with a some salt flakes lodged into the lemon curd. The salt makes the lemon more intense and brings out the sweetness in the crust and filling. This recipe makes nine but you could easily double it for more minis or triple the filling and double the crust for a full size cake (the lemon curd recipe makes plenty).

I added lemon oil to the filling and it makes all the difference. It's not expensive and a little goes a long way. I highly recommend it if you can get your hands on some. You could sub lemon zest too. The lemon curd is Zoe Francois recipe. I've made lots of different lemon curd recipes but I like this one the best. One pot, bright yellow color and terrific flavor. Easy too, but you can use jarred if you're in a hurry. I also browned the butter for the crust - again - it's easy and really intensifies the flavor, but you could skip it.

Lemon Curd
I used this recipe from Zoe Francois but omitted the lavender - great step by step photos.

1. Fit a heatproof bowl over a pan of simmering water (double-boiler) - do this so you know it fits. Remove bowl and whisk eggs, lemon juice, zest and sugar together. Place bowl on pan and stir it almost constantly until it starts to thicken (somewhere between 5-10 minutes). At this point you should start adding the butter chunks a few at a time, waiting until each is melted and incorporated before adding more. When the curd coats the back of a spoon, it's done.  Remove from heat and cool on the counter for a few minutes, then cover the curd with a layer of plastic wrap so a skin doesn't form and refrigerate until cold. It keeps for a week in the refrigerator, so you can make it ahead of time.

2. Put salt, zest, crackers and brown sugar into the bowl of a food processor and process until coarsely ground. Drizzle in butter until combined, scraping down sides of processor once or twice. Grease a muffin pan (or use cupcake liners) and press a heaping tablespoon of crust into the bottom of each cup, patting down firmly with a small jar (I found a skinny caper jar worked well) or spoon. Wipe out bowl and blade of processor.

* Place butter in small heavy saucepan and bring to a boil on the stove top. When the butter stops "popping" immediately remove from heat, pour into a heatproof bowl and use before it hardens (or re-melt in the microwave).

1. Put cream cheese, sugar and lemon oil in bowl of processor and run until combined. Add egg and flour and run machine until batter is smooth and pourable.

3. To get them out of the pan most easily, fill the sink (or a sheet pan) with hot water and submerge the bottom of the muffin tin for a few minutes. Run a sharp knife around the edge of each cheesecake and pop them out with a little dig from the flat side of the knife. Sprinkle with a bit of salt. 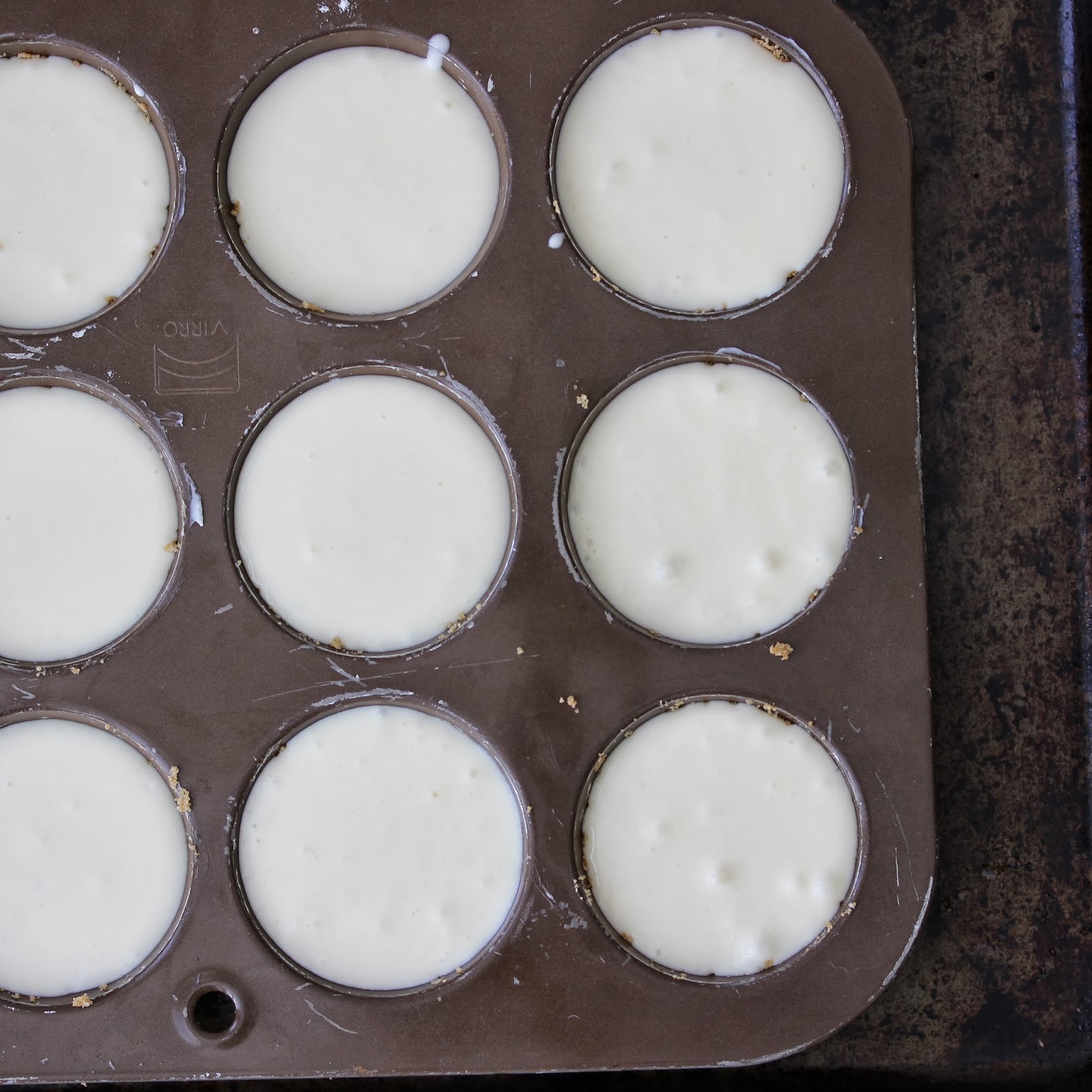