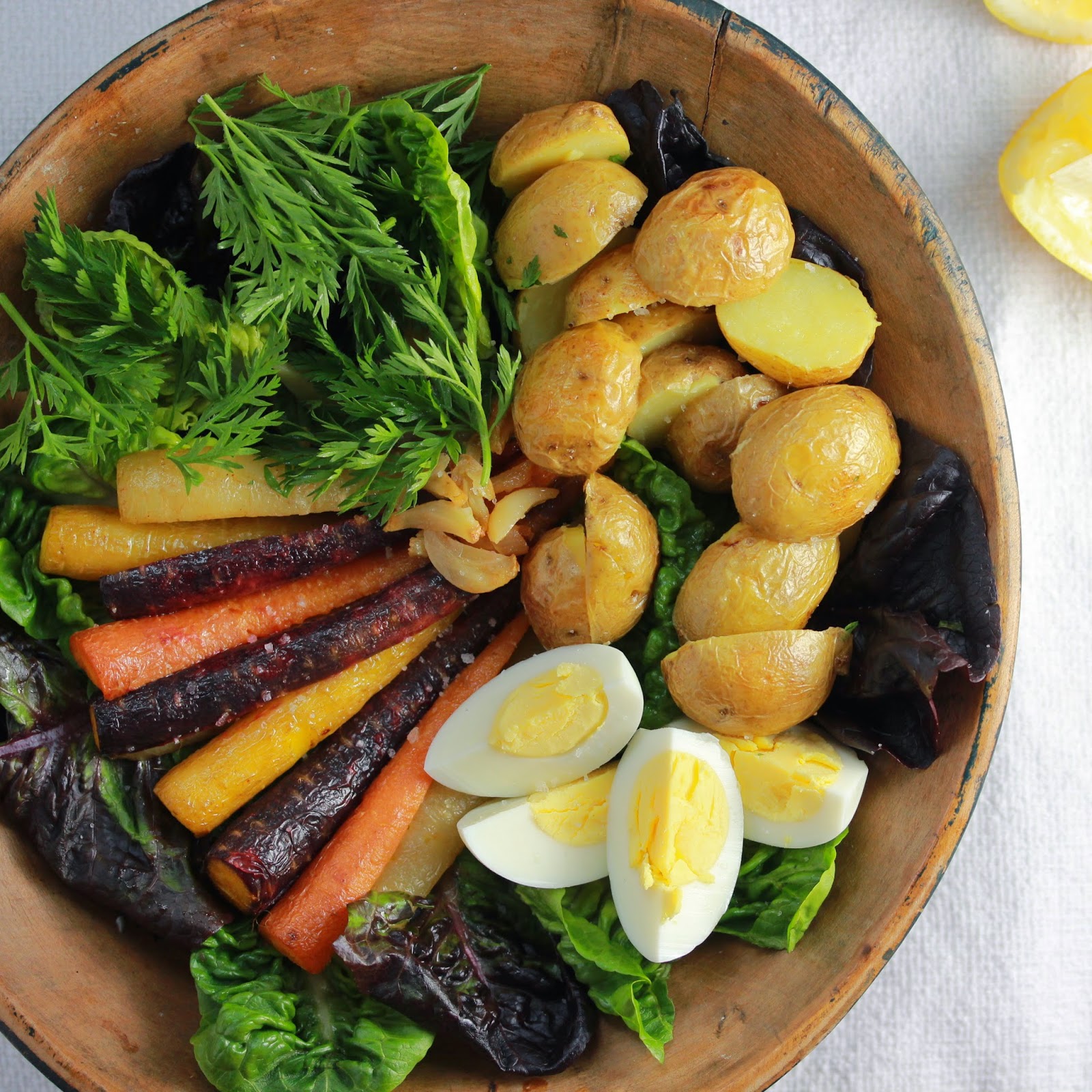 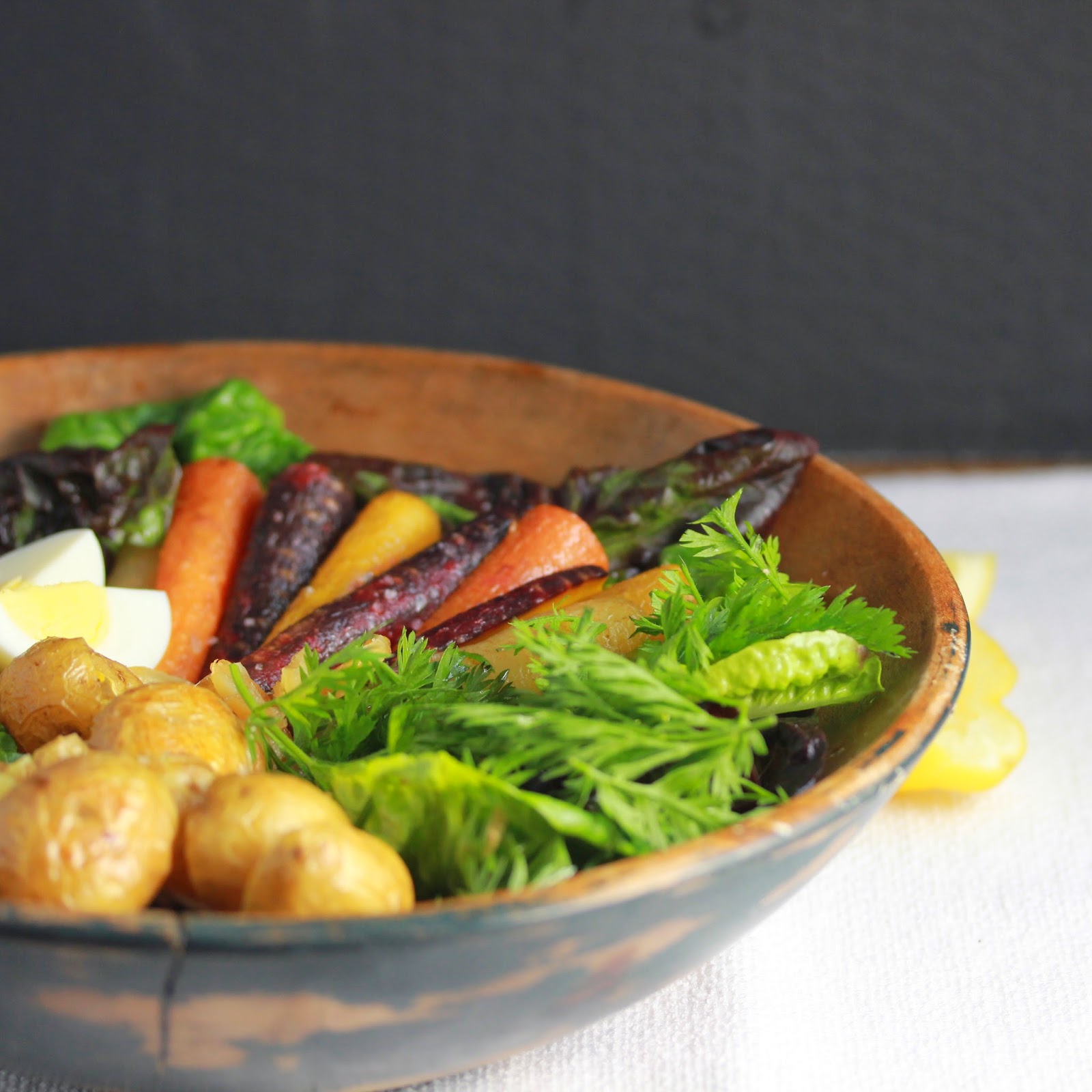 A few times a year I think of my Great Uncle Art and when I do I feel humble, and pissed. It was Art, a world class humbler whose motto was "don't get a fat head, you're not so special", who told me I had my Aunt Grace's nose.

My Aunt Grace was magnificent. She stood less than five feet tall and radiated energy. Truly, you could feel waves of energy pulsing around her. She was one of eleven children raised in a small farming community of French Canadians and the only child to up and move to the city (downtown, no less), get a job in an office and give her cheerful opinion to anyone who'd listen be it a person on the bus or a vagrant on the street. She wasn't afraid of anything, laughed a lot and had beautiful eyes. But she did have the nose. A more robust version of my own with a crooked Picasso part in the middle and a drooping tip. An unfortunate nose. And my Uncle Art, honest to a fault was talking to me at Thanksgiving when I was 14 and said, "you turned out pretty—where'd that come from?" He paused and studied me and then said with utter frankness, "eh but you got that bad nose same as Grace" I was speechless. What a shit. My Uncle Mark, who overheard, tried to act like Art was joking and hustled me away.

But the damage was done. I had a nose that was the bane of conventional attractiveness. But I shared it with the indomitable Grace and that made it better. 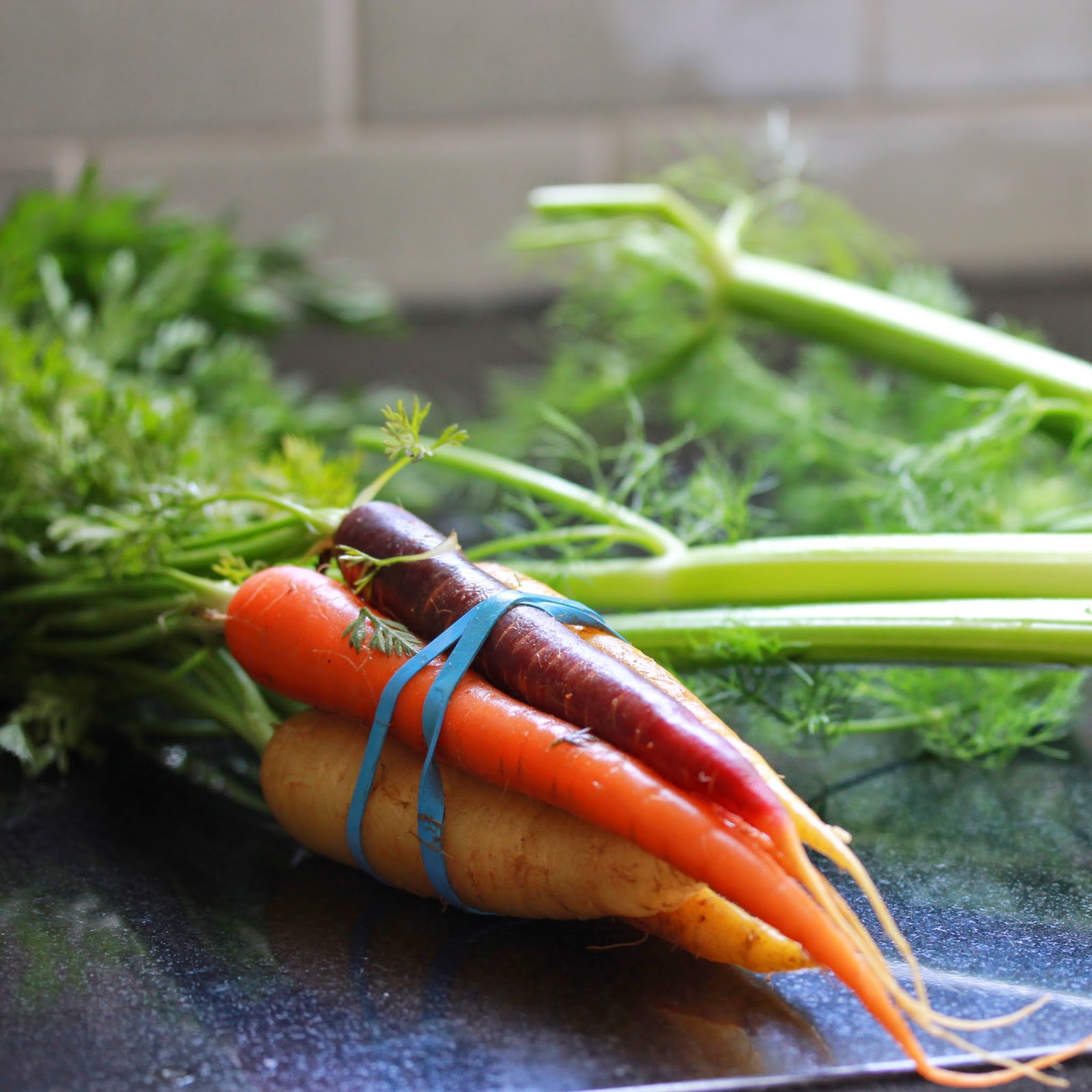 What is the connection with olive oil poached salad, you ask? Not much except that sometimes when I see a crooked carrot in the grocery store I think of my nose and how I discovered I had it.

This technique of poaching vegetables comes from Bon Appetit. It's a great way to fatten up your produce and give it rich mouthfeel and flavor. You can reuse the oil a few times which is a good thing because it requires lots of it. The poached garlic is especially good. For protein I added a hard-boiled egg.  Tuna would be nice too.

1. Scrub and trim carrots, reserving tops and washing them by swishing in ice water and wrapping in a clean towel. Store in refrigerator until ready to use.

2. Peel garlic and smash slightly. Place in heavy saucepan with olive oil and herb sprig. Put over low heat for 15 minutes, then increase heat to medium-high and add carrots. Cook for 20 minutes until tender. Remove to a plate with a slotted spoon then put potatoes into oil and cook for 20 minutes until tender. Remove to plate along with garlic cloves and let cool. Cut potatoes in half and sliver garlic.

3. Strain olive oil into a jar. Can be stored for one week in refrigerator.

4. Put lettuce in bowl and top with potatoes, carrots, garlic, eggs and chopped carrot tops. Drizzle with lemon juice and salt to taste. 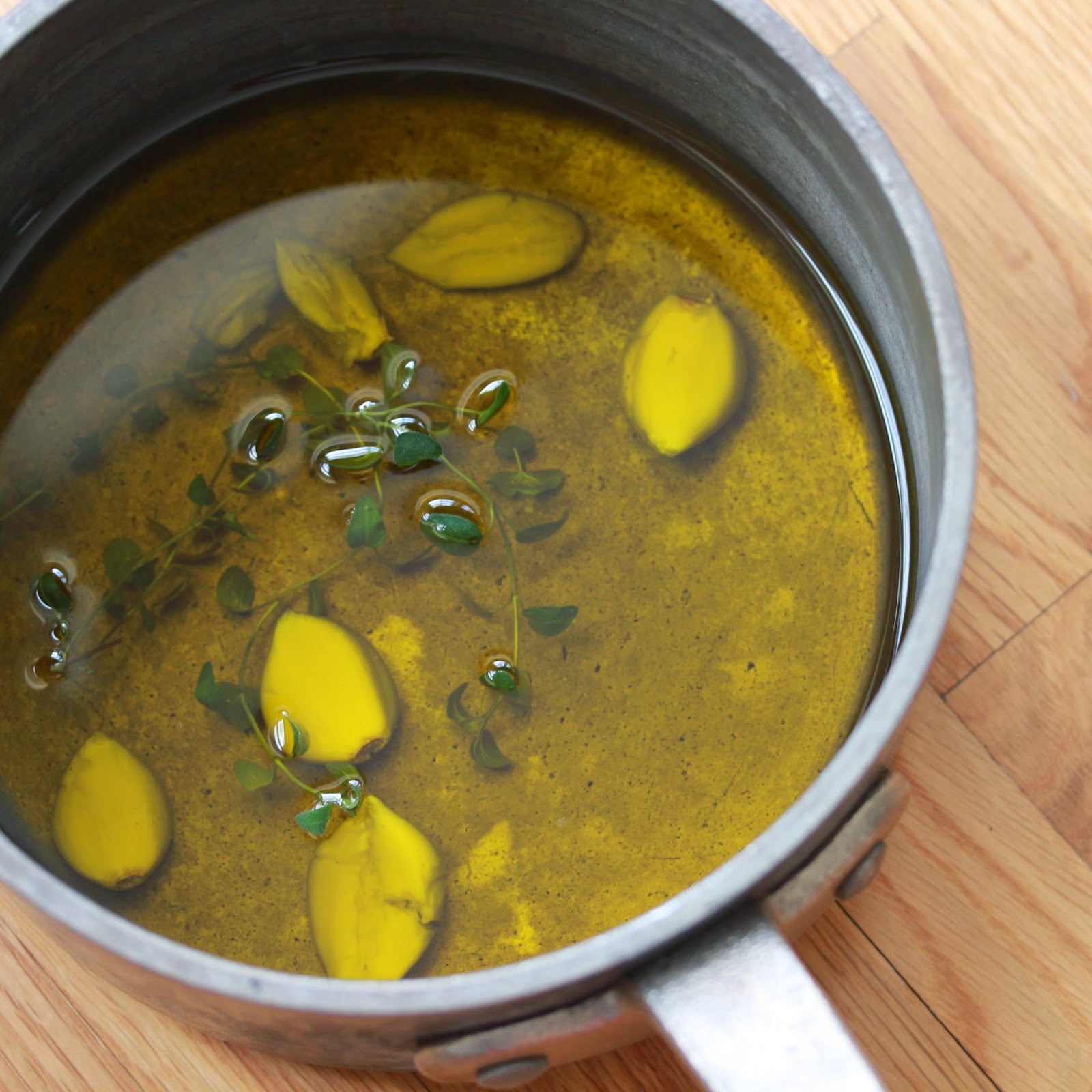