Quick Roti — Or how carbs can cure the blues... 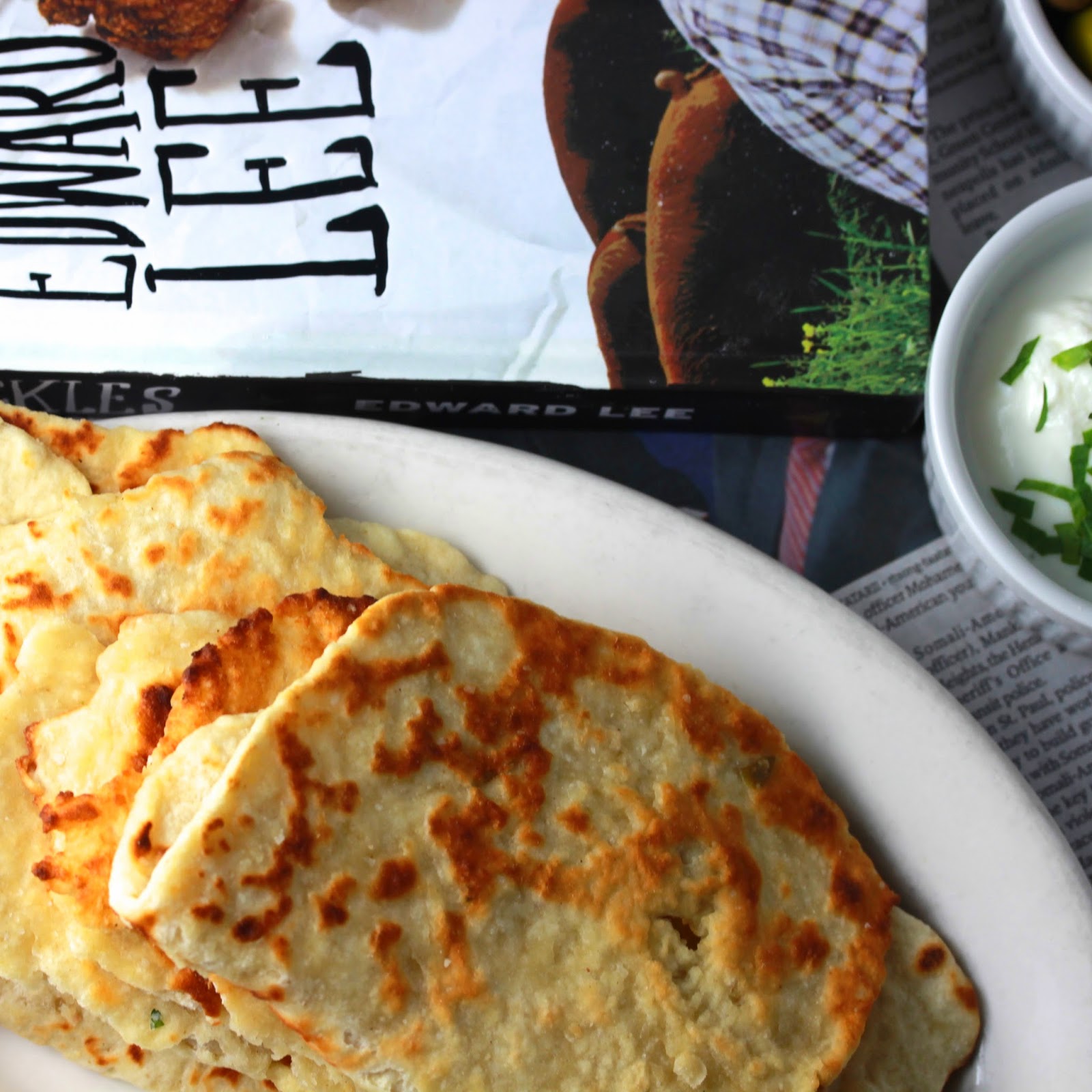 I learned an expensive lesson last weekend. We hosted a post-holiday Holiday Party for my husbands office crew of about 60 people and, knowing I had a busy week, decided to cater it. We planned a Spanish wine tasting and tapas theme because a good friend of ours is a wine writer/purveyor and he suggested it and was willing to secure all the wine. For the tapas I looked around at local caterers and settled on one that had been in business for a long time and had a good reputation. The owner was very confident, asked a minimum of questions, sent me a sample menu and we were off.

Fast forward to Saturday night. Her person shows up with loads of stuff, then drapes and decorates our table in some shiny gold fabric that looked like it was a heap of dresses yanked off the Dynasty set circa 1985. I should have caught wind of something right there and then. But no. The doorbell rang and in walked two guests 45 minutes early, meaning I was officially on the clock and couldn't pay any more attention to what she was doing. Instead I made small talk about dog rescues (theirs went down a river bluff, ours off a boat...) movies and well, you know, party chatter while she warmed up and assembled the dullest tasting food I've had in a long time. Visually appealing, but flavorless.

I took a bite of an empanada and, confused, quickly took another. I literally couldn't taste anything discernible. Glistening shrimp was coated in what appeared to be warmed up orange jelly, tough meatballs in a sauce that gave us no clues what it was composed of. I was so embarrassed. A few days later I expressed my concerns to the owner, who didn't care a whit. The check had cleared.

I've been in a funk ever since. 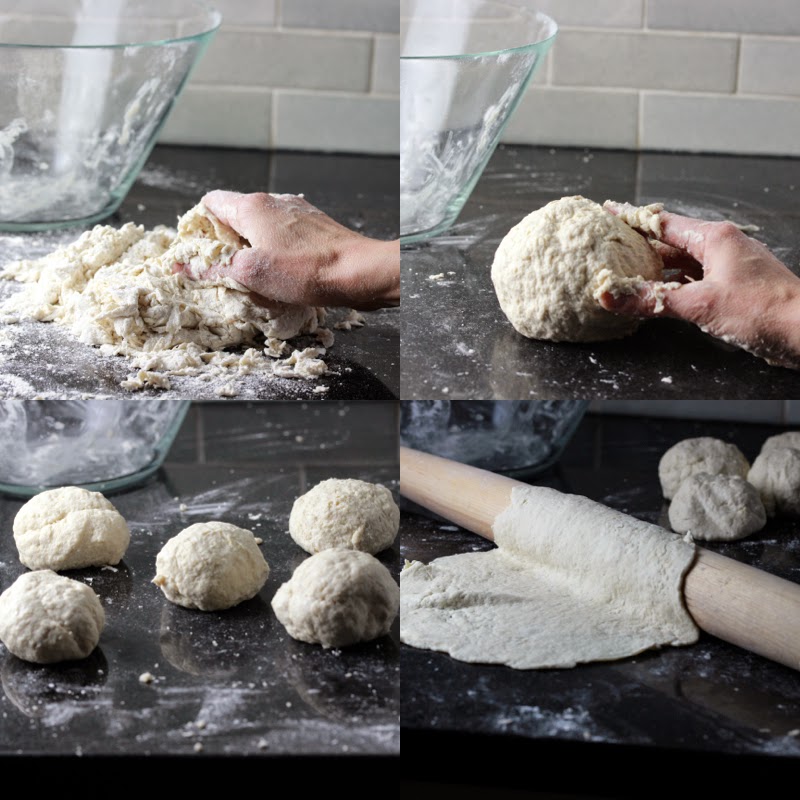 Nothing salves the blues like a good book and good carbs and I dove in to both with Smoke and Pickles, by Edward Lee — a chef who makes a plausible connection between American Southern and Korean food and writes in a way that makes you leave a cookbook on your bedside table. I made his quick roti today and it's quite good. Best right off the griddle. Great to rip off warm pieces and dunk them in hummus or wrap around your favorite sandwich filling.

Roti is similar to naan or pita bread but it doesn't contain any leavening–so it's kind of like a thick tortilla but with more flavor. Ah, flavor. 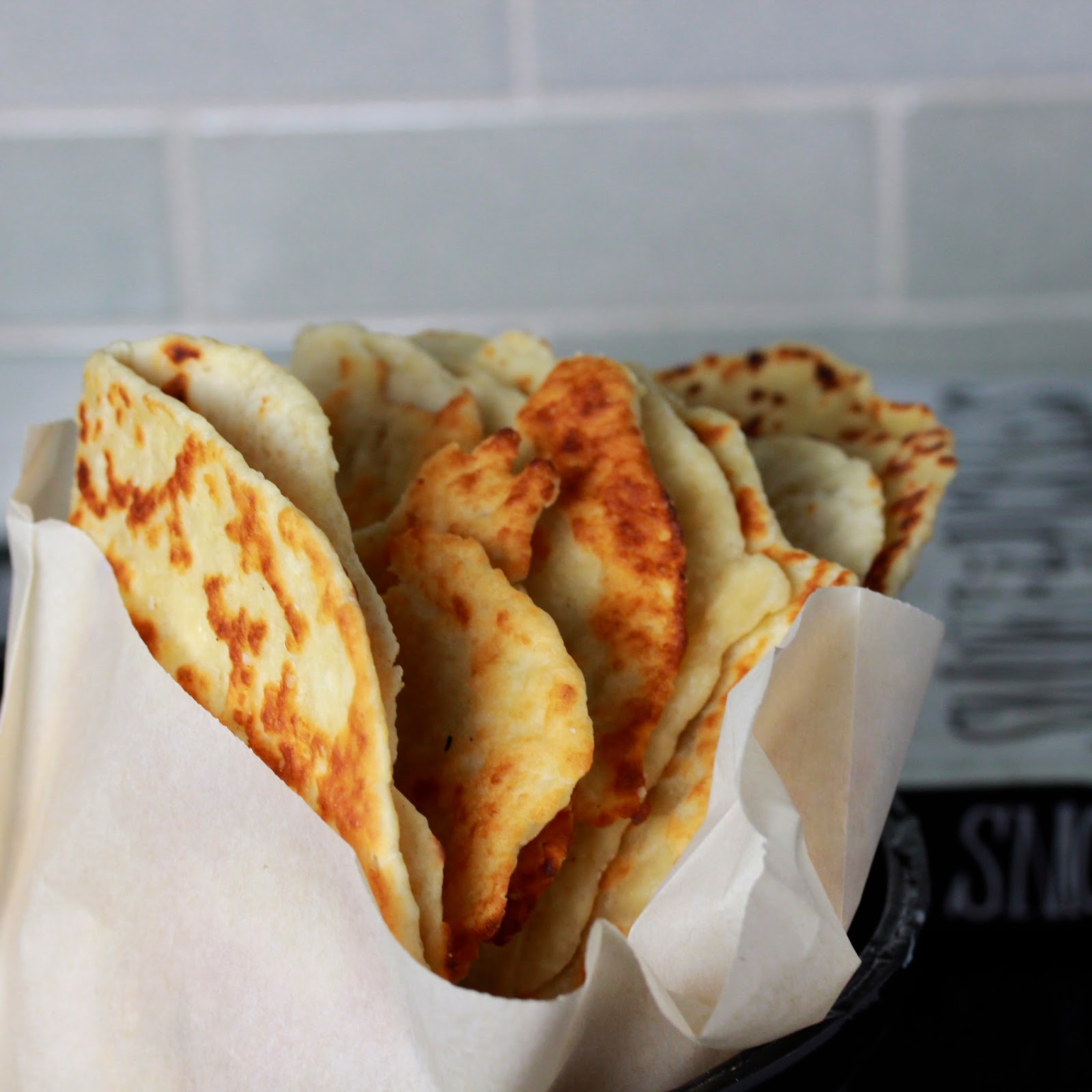 Quick Roti
from Smoke and Pickles, by Edward Lee

Put flour, salt, cumin, sugar and baking powder in a mixing bowl and whisk to combine. Add yogurt and combine with clean hands until it comes together. Dump onto counter and knead for a few minutes until it's holding together well (it will be sticky). Divide into 6 portions and lightly roll each into a ball. Lightly flour the counter and roll out dough, one at a time, to about 1/4 " thick. Heat 1-2 teaspoons clarified butter in a medium-hot skillet and cook roti, a few minutes per side, until golden. Drain on paper towels. Keep warm in a low oven while you cook the rest. Unfortunately, this doesn't hold up well the next day. It gets a little tough so enjoy all you can while it's fresh!

* To clarify butter melt it in a saucepan and skim the white solids from the top. The remaining clear butter will now be able to handle the high heat of the griddle.